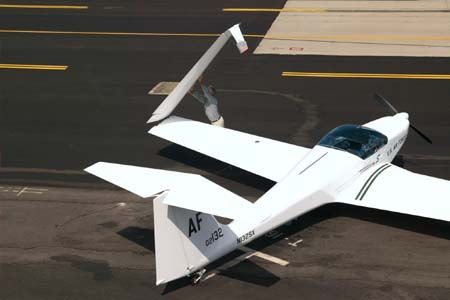 Ximango USA is your one-stop source for Ximango aircraft, factory parts, factory-approved tech support and maintenance, plus all the lore that comes with providing Ximango business leadership, worldwide, for 20 years.  Come to us for your Dynon Avionics and Mountain-High O2 systems needs.

Our Beginnings and Our Approach

Ximango USA was formed in 1995 by three pilots who all had fallen in love with the graceful lines and the superb flying characteristics of the Super Ximango. We decided to try to introduce it to the North American sport aviation market because it was so good and because there was really nothing like it available. From the first, our marketing approach at Ximango USA has consisted of high-profile exposure and low-key selling. High-profile exposure began in 1995, as our group set FAI World Records ferrying the first three new aircraft, as a formation, from Brazil to the USA, ending up at the EAA Convention in Oshkosh. Magazine coverage followed, and we have been featured in, to name a few, Private Pilot, the Robb Report, Plane & Pilot, Soaring, and AOPA Pilot.   ESPN has also included the Super Ximango in one of its programs.

Our approach to a prospective owner is a very personal one, pilot-to-pilot and low-key. All of us are life-long pilots. We believe we know and fly the aircraft well. We have each been to Grupo Aeromot’s factory a number of times to see the aircraft made and to participate in business planning. We all have flown at least one ferry flight from Brazil to the USA and we are all reasonably skilled at maintaining it, Keith (A&P, IA), and his son Mike (A&P)  being the final authorities in that area.  With such an outstanding aircraft to sell, our focus when we talk to a prospective owner is understanding his or her objectives, because, if the Ximango matches them, the aircraft sells itself!

The worldwide recession that began in 2008 resulted in a total implosion of demand for sport aviation aircraft in its only marketplace, the developed world.  As a result, the Aeromot factory, when its backlog was exhausted, ceased serial production of the Ximango line in 2009.  Our final new Ximango delivery was in 2010, a customized aircraft that had been ordered two years prior.  We spent most of 2010 trying to convince Aeromot that, whether or not they ever restarted serial production of airframes again, they should maintain the capability to supply the current fleet with spare parts.  That logic took hold in 2011 and we have been ordering parts and shipping them to Ximango owners across most of the world ever since. And now, in 2021, we are happy to announce  there is a new certified Ximango  parts production capability that has been established  in Brazil  using the existing production certification but under new, younger management. This step is truly an important one for the long-term support of the Ximango fleet worldwide and we are happy to be the world-wide source for these parts.

So, to be honest, getting parts for your Ximango is not quick, it's not cheap, but we are supporting Ximango owners worldwide so that they can continue to enjoy this unique aircraft. And we will always tell you when there"s a lower-cost way to fix your problem, even if it means we don't sell you a part.  To supplement our Ximango parts business and to keep it viable, we are also distributing Ximango-unique systems, with FAA paperwork as necessary, for installing Dynon EFIS and EMS panels and M-H O2 Systems.  Contact us for more info on either of these upgrades to your Ximango.